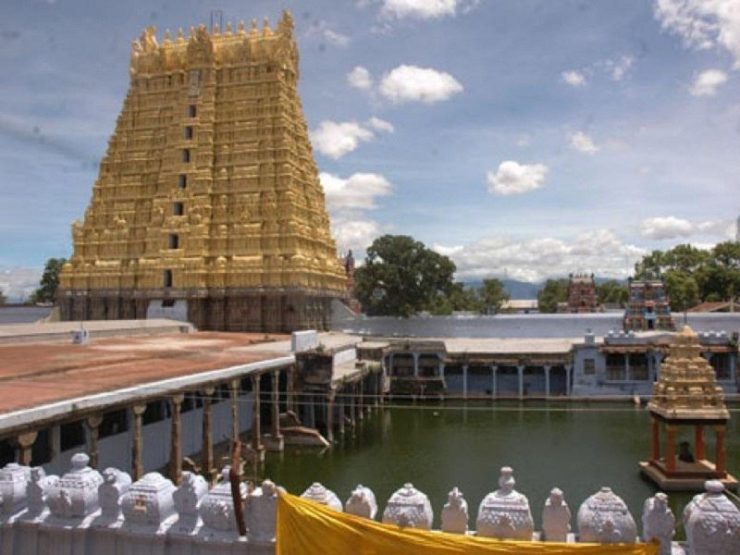 Contents hide
1 About Sankaranarayana Swamy Temple
1.1 Shri Kshetra Ganagapudatta Temple Read More
2 How to Reach
2.1 Share this:
2.2 Like this:
2.3 Related

Sankarankovil Temple has its own interesting story. Once the devotees of Lord Hari (or Vishnu) and Lord Shiva quarreled with each other to determine whose god is powerful. Then Lord Shiva appeared as Sankaranarayana to mark his devotees to understand that both Hari and Shiva are one and the same. So it is held sacred by Saivites and those Hindus who believe that Siva and Vishnu are a single deity one in one and accordingly, desire to worship the two gods into one form. 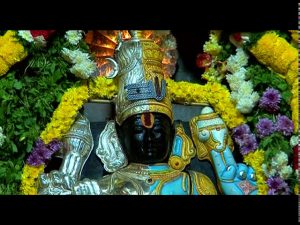 Srivaishnavites of TamilNadu who worship Lord Vishnu only, have not accepted the mingling of Siva and Vishnu thus, and therefore, they reject this deity of this temple which depicts the concept of Hari and Haran being one God.

It is very famous for the “Adi Thabasu” festival.

It was built by Ukkira Pandiya Thevar AC 900. It houses the deity by the name Sankara Narayanan, which is half – Lord Shiva and the other half – Lord Vishnu.

The deities of this temple are Sri Sankareswarar, Sri Gomathi Amman, and Sri Sankara Narayana. 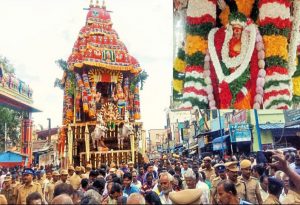 The general belief is that the Holy Sand “Puttrumann” (Puttru = Ant Hill, Mann = Sand) that one gets from this temple is capable of curing all the diseases. Devotees believe that Sankarankovil‘s Nagasunai (sacred tank) has been dug by serpent kings named Paduman and Sangam which has a miraculous power to heal those who bathe there. The Annadhanam scheme is being conducted in the temple when daily noon meals are being provided for around 100 devotees.

The Puthu Maan in the temple is taken as holy sand which could cure a lot of diseases by all devotees.

It is believed that all devotees who pray to the goddess Gomathi Amman have always found solace.

By Train: Near By Railway Station is Sankarankoil

By Road: Sankarankoil is 120 km from Madurai, 30 km from Rajapalayam, and 56 km from Tirunelveli. Bus facilities are available from Madurai.