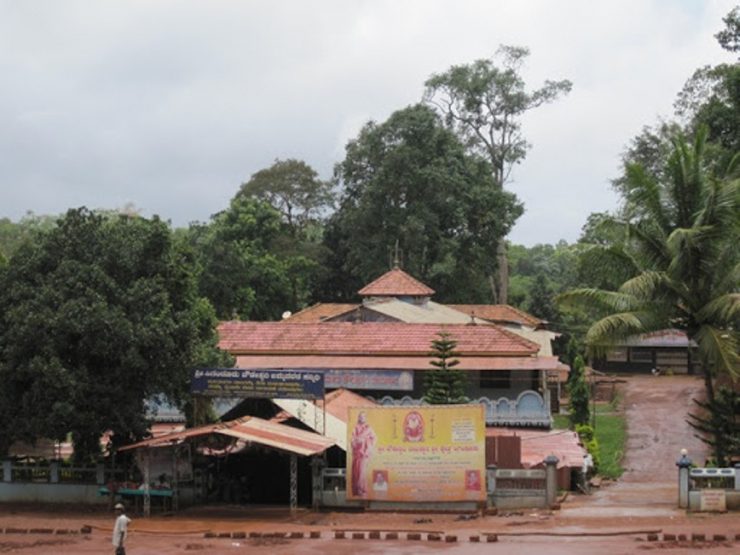 The Sigandur Chowdeshwari Temple is a unique temple and the powerful Goddess is self manifest. Sigandur kshetra is near to Thumari, 42 KM from Sagar town. Mother choudeshwari is called as “Sigandureshwari”.

The idol of mother sigandureshwari is very old but it found in the bank of the holy sharavathi river 300 years ago.  She bestows peace of mind/prosperity upon devotees by listens to their humble prayers.

This place signandur has around 300 years of history.  It has been said that once upon a time a person called Sheshappa went for hunting in Jungles near Sigandur and lost inside the jungles.  When he was resting below a tree, mother sigandureshwari came into his dream and asked him to build a temple for her.  He went and told his experience to a Brahmin “Duggajja” in his village.  Both of them finally built a temple and Duggajja became the priest of the temple and Sheshappa became the Managing Trustee. 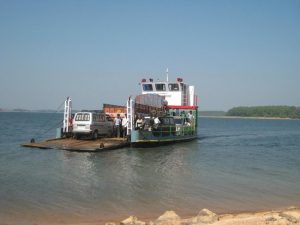 People who lost their valuable things or who are facing property disputes reach Sigandur for solution.  It has also evident that many financial and personal issues are being resolved here. It has been believing that the name board from the temple with a noticing message “Shri deviya rakshane ide (this means the land is safeguarded by the mother)” which had glued or stuck in front of their disputed land to solves their issue.

There is some functionality of this temple is that to reach there one has to go through the launch where vehicles and people are also carried out there and later on have to catch a bus to reach the temple. 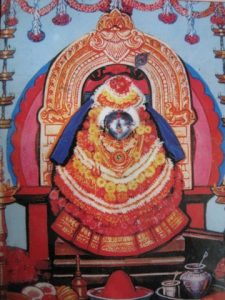 There are two ferries that carry vehicles as well as people from one end of the shore to the other.  It takes around 1 hour 15minutes to reach Sigandur from Sagar from local busses. It is said that Sri Veerabhadra in this Bhootada katte is taking care of Sigandur.

By Train: The nearest station is Talguppa Railway Station

By Road: Sri Sigandur Chowdeshwari Temple can be reached by ferry or a bus. There are two ferries that carry vehicles as well as people from one end of the shore to the other. It takes around 1 hour to reach Sigandur from Sagar by local buses.