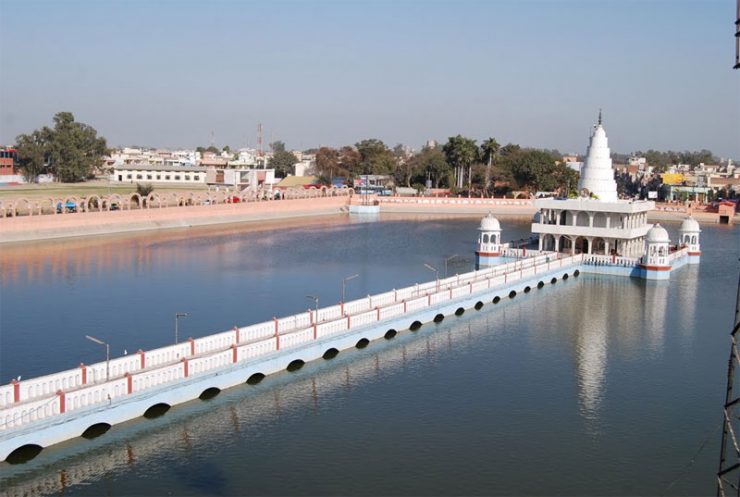 There is a legend behind the ‘Rani Talab’ that Maharaja Ranbir Singh made this pond to take bath for his queen. The King also constructed a tunnel that connects the pond to the palace. The main reason for the construction of this tunnel was that nobody could see the queen after the bathing and enter the palace directly. This tunnel can still be seen today. The Queen used to take bath in this pond after crossing the ‘tunnel’ every night. This is why it is called as Queen Pond. It is present on Gohana Road, also known as the lifeline of this ancient city.

According to the testimonials produced by reliable sources of history, about Lord Shiva, the construction of this particular temple was accomplished by the ruler of the district Raghbir Singh. The temple bears a testimony to the architectural excellence of ancient times. The construction design of the temple resembles that of The Golden Temple of Amritsar. Situated centrally in the heart of a pond or tab, the temple portrays an exquisite picture of a flower in a pond. Termed as the Rani Talab or the pool of the queen, this pond contains sacred water for the pilgrims and devotees to take a pious dip.