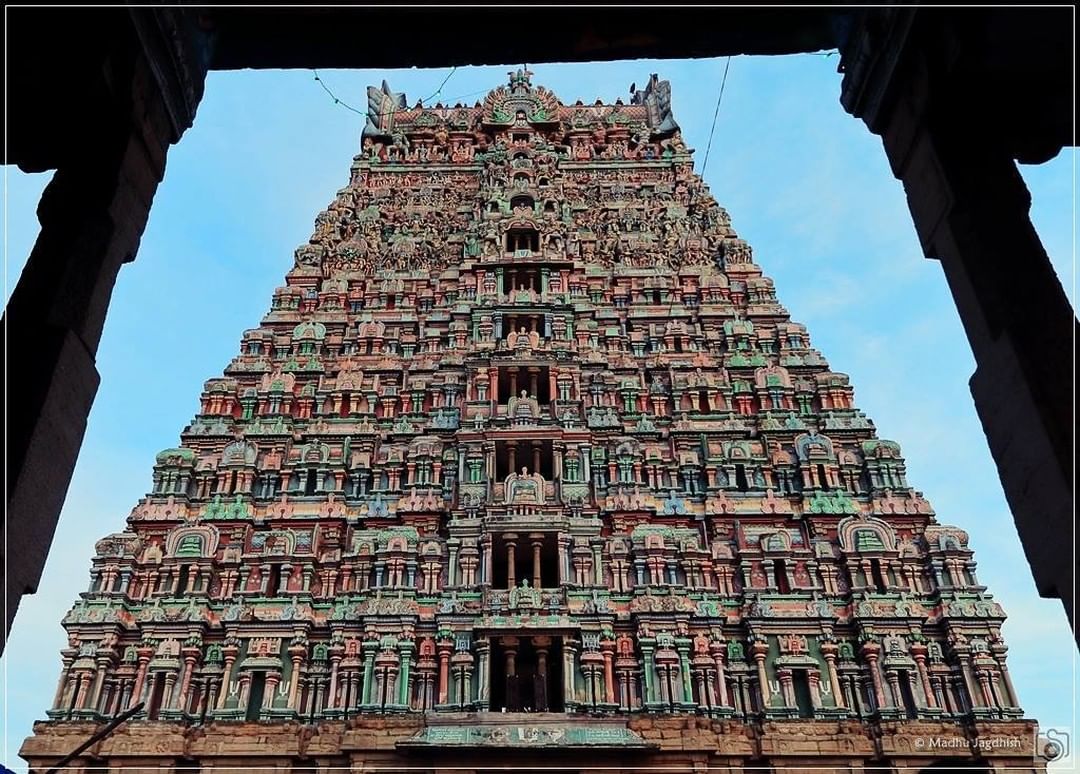 The presiding deity is Rajagopalaswamy, a form of Bhagwan Krishna.
The temple is spread over an area of 23 acres (93,000 m2)The temple is called Dakshina Dwarka (Southern Dwarka) along with Guruvayoor by Hindus.

Original Temple construction was done by Rajadhiraja Chola-I (1044–1054) and then by Kulothunga Chola-I (1070-1125 CE). The temple in its present glory was reconstructed in the 16th century by the Vijayanagara Nayak Dynasty ruler Vijayaraghava Nayak (1532-1575CE). The temple has three inscriptions from the period and also mention in the religious texts. A granite wall surrounds the temple, enclosing all its shrines and seven of its nine bodies of water. The temple has a 192 ft (59 m) rajagopuram, the temple’s gateway tower. Haridra Nadhi, the temple tank associated with the temple is outside the temple complex and is considered one of the largest temple tanks in India.