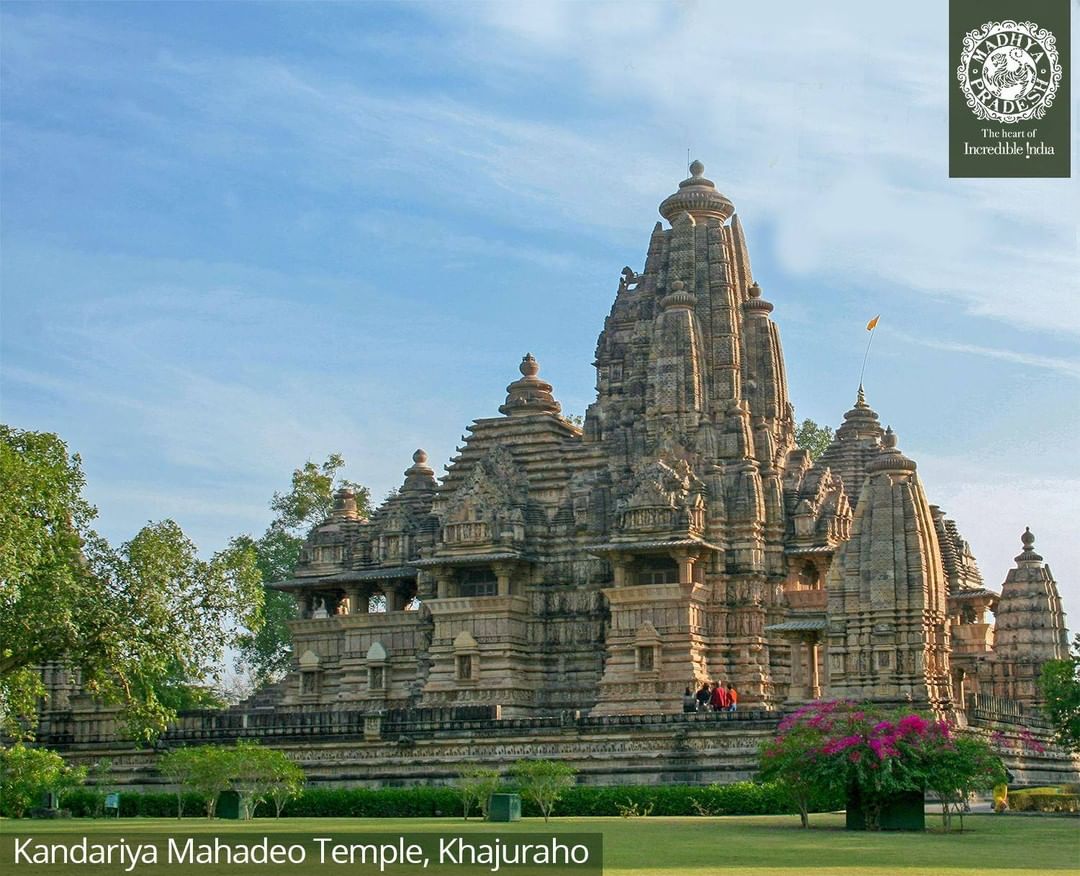 It is considered one of the best examples of temples preserved from the medieval period in India. The temple is dedicated to Shiva, in the form of a linga. ???? It was made in 1030 by King Vidhyadhara of Chandela dynasty. ????

The name ‘Kandariya’ means “cave” and ‘Mahadeva’ (“The Great God”) is an epithet of Shiva. The temple is decorated with more than 900 stone carvings and the stones are set without mortar; most of it on the exterior surface of the temple as the interior decoration is sparse.
Khajuraho was the capital of the Chandela rulers, a dynasty of Rajputs who ruled starting from early 10th century till 1050.