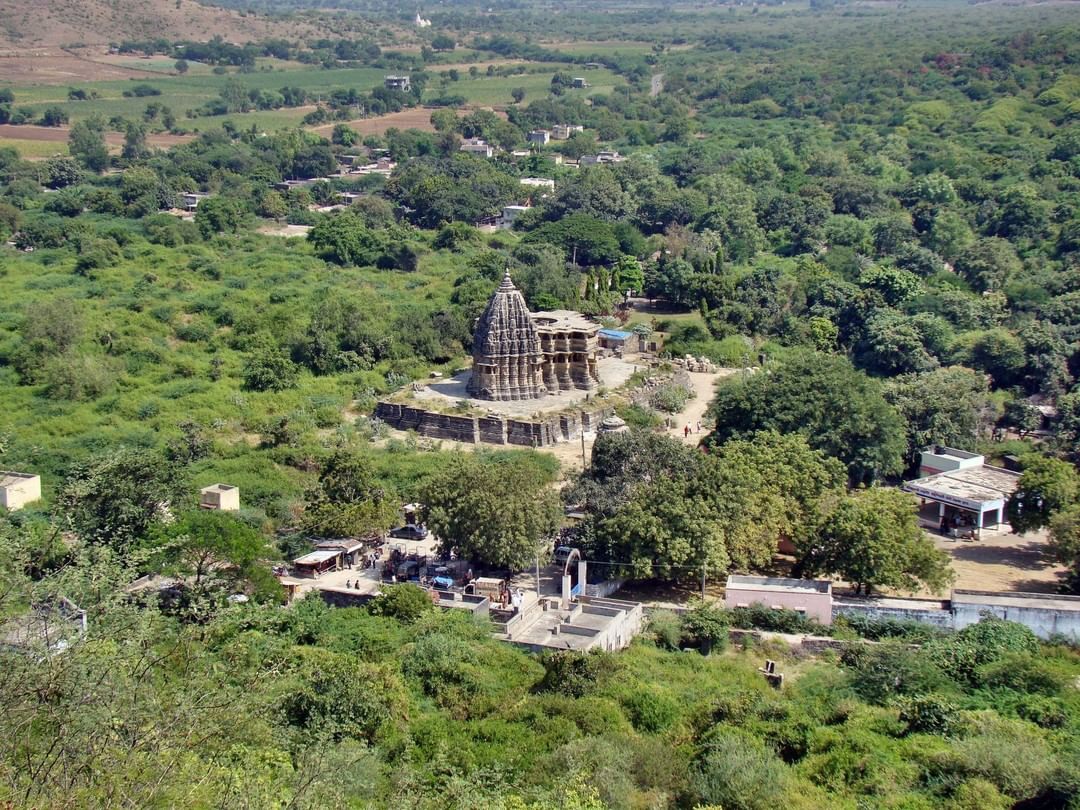 Navlakha Temple at Ghumli is a 12th Century temple built by Jethwa rulers. ????

Navlakha Temple at Ghumli was built by Jethwa rulers in 11th century dedicated to Sun god, Surya and is oldest sun temple of Gujarat. It has the largest base (Uagati) of the temples in Gujarat, measuring 45.72 x 30.48 m. Facing East, it had a beautiful entrance arch or Kirti Toran, that is now lost. The sanctum sanctorum (garbhagriha), covered pradakshina path, large gathering hall and its three shringar chokis are eye catching. On the surrounding walking path we find three directions with balconies. The mandapa has eight-sided pillars for support. In the small niches we find sculptures. The entrances are two storied. At the back wall of the temple we find two huge elephants fighting with their trunks. In Bhadra gavaksha there is the image of Brahma-Savitri, in the west is the Shiva-Parvati, to the north is Lakshmi Narayan. The Navlakha Temple built at a cost of Nine Lacs hence the name Navlakha. It rivals the Somnath Temple and Modhera Sun Temple in its architect and interiors. The temple is built in Solanki style of architecture and Maru-Gurjara style of architecture have the three entwining tusks of elephants as its trademark and is considered to be high noon of Solanki style of architect. Outside main temple there is an temple dedicated to Ganesha, popularly known as Ghumali Ganesha Temple. This temple is said to be built in 10th century AD.