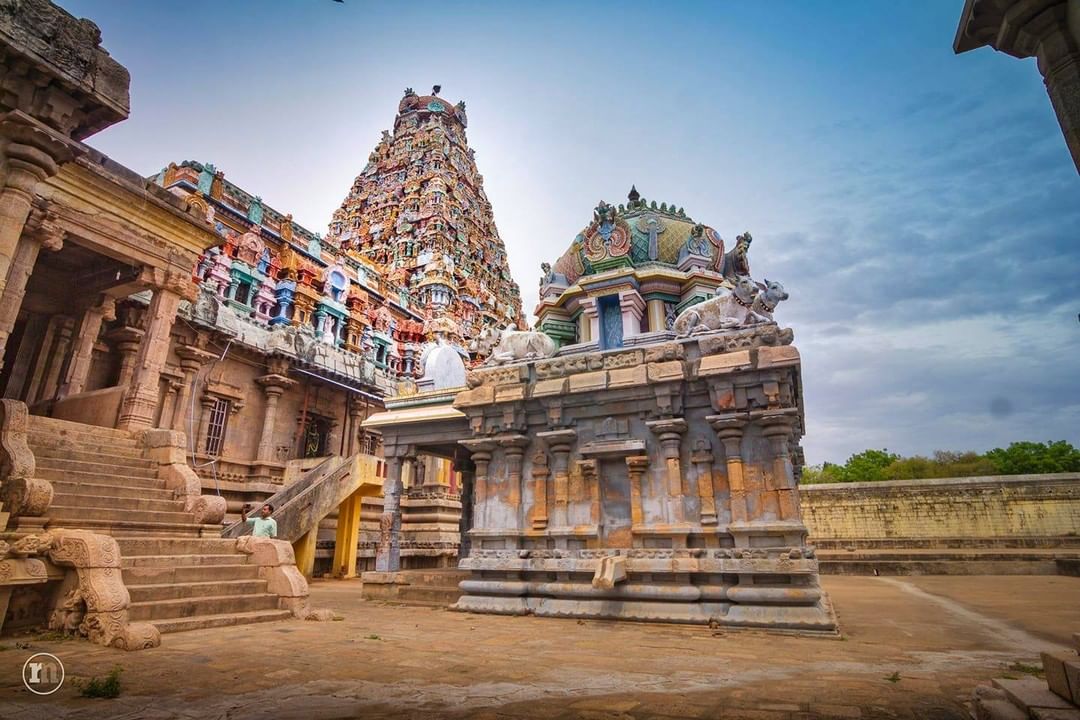 dedicated to the Bhagwan Shiv. It is situated in the town of Thirubuvanam on the Mayiladuthurai-Kumbakonam road. Shiva is worshipped as “Kampaheswarar” as he removed the quaking (Skt. Kampa) of a king who was being haunted by a Brahmarakshasa.
History:
As per Vedic History, God Shiv is believed to have relieved Kampa (quaking) of a king haunted by evil spirits on account of the king killing a Brahmin by mistake. This led to the name of Kampahisvara. As per another history, God Shiv is believed to have assumed the form to quench the fury of Narasimha, an avatar of Sree Vishnu

The architecture of the temple is similar to the Big Temple at Thanjavur, Airavatesvara Temple at Darasuram and Gangaikonda Cholapuram temples. ???? – Ramesh Muthaiyan Ji