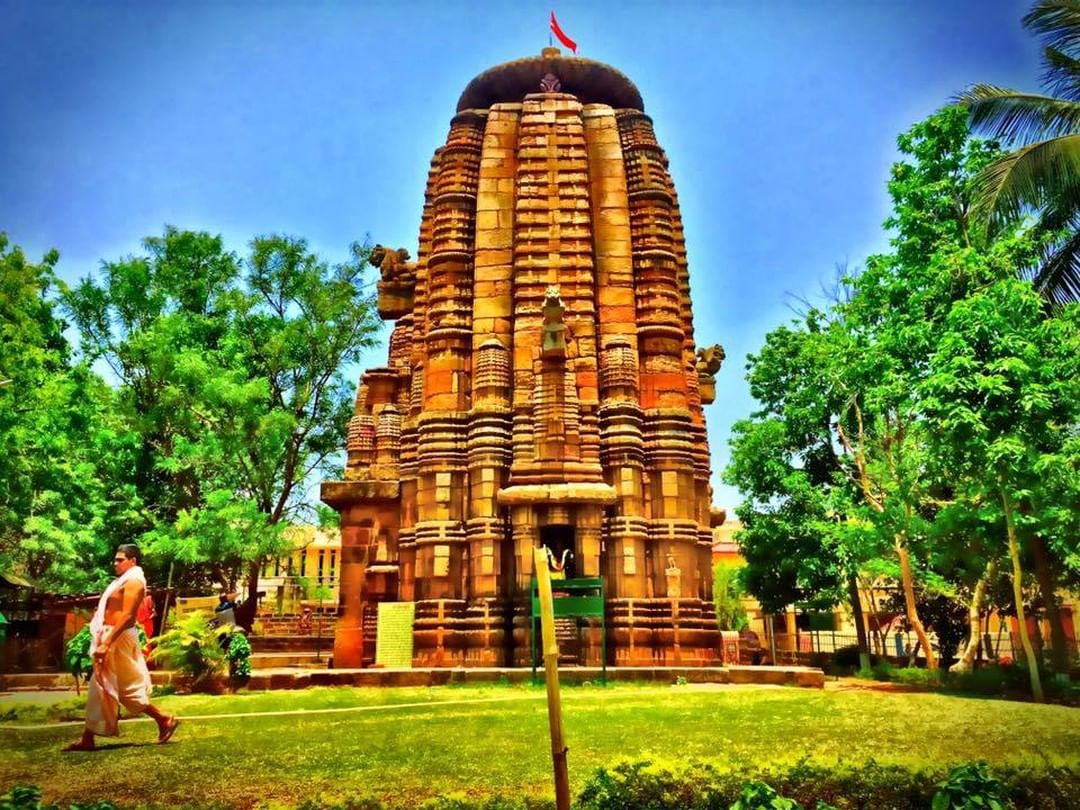 Nagesvara Temple is an abandoned temple located in the village of Bhubaneswar. It is situated on the western right bank of the Lingaraja West Canal at a distance of 10.35 metres (34.0 ft) west of Subarnesvara Siva Temple, located across the canal.

Description
*********
Nagesvara Temple is located in the midst of a residential/agricultural area within the village of Bhubaneswar. It stands facing east on a platform that is 5.6 metres (18 ft) wide by 5.0 metres (16.4 ft) deep by 0.4 metres (1.3 ft) high. The temple itself rises to a height of 8.15 metres (26.7 ft). The garbha griha of the temple is empty. Nevertheless, the sculptural embellishments on the outer wall of the temple suggest that the temple was originally dedicated to Bhagwan Shiv.

The temple incorporates numerous niches for statuary, although the statuary itself is no longer extant. The exterior of the temple is made from ochrous sandstone (resembling the material of the Mukteshvara Temple) that is ornately carved in the style of the Kalinga Kingdom.

History
*******
Local residents believe the temple was built by the Kesharis.

Keshari (IAST: Keśarī) dynasty ruled parts of present-day Odisha in eastern India between the 9th and the 12th centuries. ????

Preservation status **************
The temple today is in generally good condition, except for some painted surfaces that have deteriorated. The exterior shows signs of vegetation overgrowth.

The temple was restored and renovated by the Orissa State Archaeology department, during which work the stones were marked in white paints, which largely distort and deface the architectural edifice.