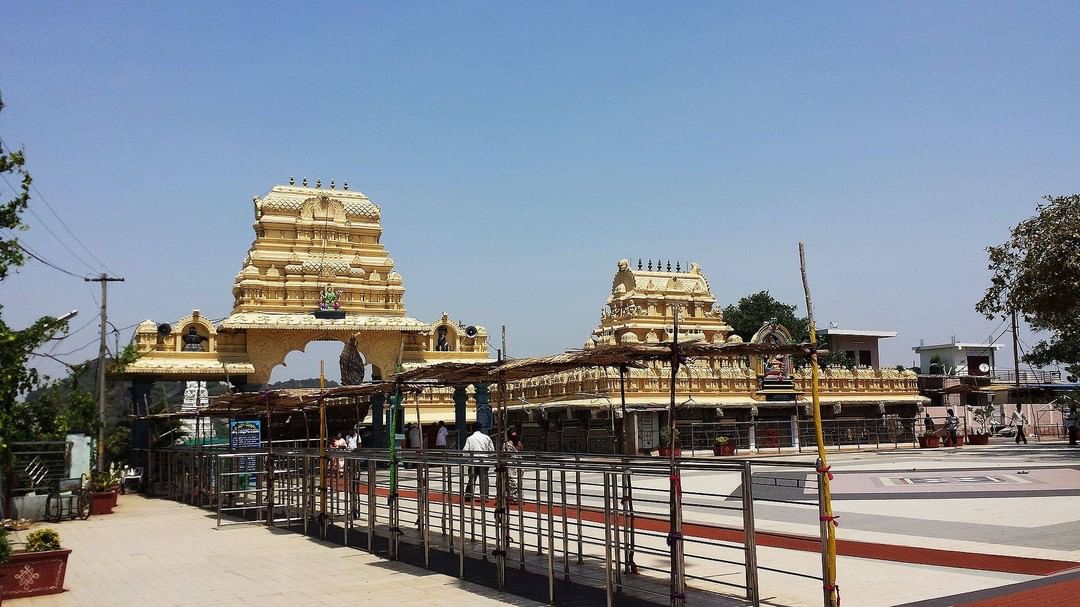 Bhadrakali Temple is one of the oldest temples for Goddess Bhadrakali, situated on a hilltop between the two cities of Hanamkonda and Warangal. ????

History:
The temple is believed to be built in 625 A.D by the King Pulakeshin II of Chalukya dynasty to commemorate his victory over Vengi region of Andhra Desham, as per the writings on the temple wall. ????

Kakatiya kings later have adopted the temple and considered Goddess Bhadrakali as their “Kula Devatha”. A lake was also built by Ganapati deva adjacent to the temple. Due to the fall of Kakatiya dynasty to the Muslim rulers of Delhi, the temple lost its prominence. The Kakatiyas negotiated a truce with Allauddin Khilji by offering the diamond in exchange not to be invaded. He sent his slave and personal confidant Malik Kufur to personally transport the diamond. ????

In 1950, the temple was renovated by Sri Ganapathi Sastri a devi upasaka along with the help of a local merchant and other affluent locals..Apara Ekadashi is observed as Goddess Bhadrakali Ekadashi. The history of the Koh-i-Noor diamond; part of British Crown Jewels, is closely associated with this temple as it was installed, as the left eye of Goddess Bhadrakali by the Kakatiya dynasty.
Transport
A good transport facility is available to reach out to temple by road through TSRTC or auto-rickshaw services. Warangal railway station and Kazipet railway station are the nearest railway stations to the temple.