Bucheshwara temple is located in the village of Korvangla, 10 km from Hassan cit… 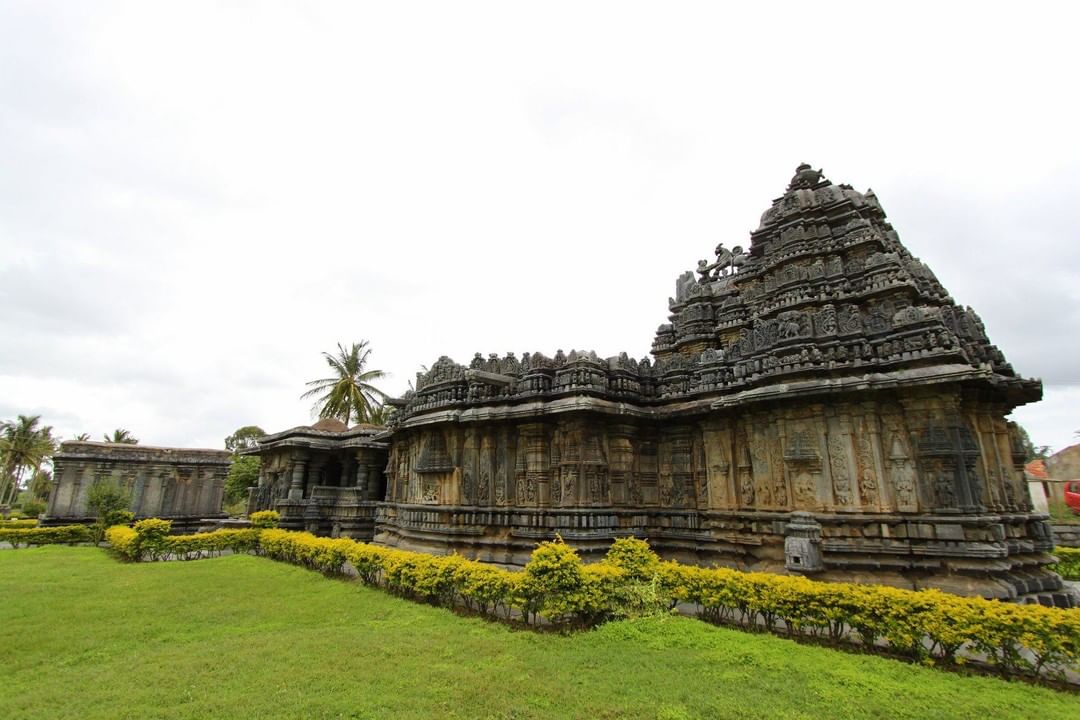 Bucheshwara temple is located in the village of Korvangla, 10 km from Hassan city, in Hassan district or Karnataka state, BHARAT (India) ????

The temple was built in 1173 A.D. by a rich officer called Buchiraja, to celebrate the coronation of Hoysala King Veera Ballala II. Nearby are two more temples that are in ruins. From the inscriptions on the premises, it is evident that these two temples had been commissioned by Buchi’s older brothers, Govinda and Naka.This temple is protected as a monument of national importance by the Archaeological Survey of India. By plan, the temple is a dwiikuta (two shrines) that face each other. These shrines are connected by a closed mantapa (hall) and an open mantapa. Consequently, one shrine appears much dimmer in lighting than the other. At the eastern end of the complex is a small shrine whose deity is the Bhairava, a form of the god Shiva. The western shrine facing the east, containing an image of Surya (the Sun god in Hinduism) has a staggered square plan , its kalasa (decorative water-pot on top of the tower over the shrine, and Hoysala crest (warrior stabbing a lion) are intact, and the decorative features on the shikhara (tower over shrine) and the outer walls are “conventional” by Hoysala standards.