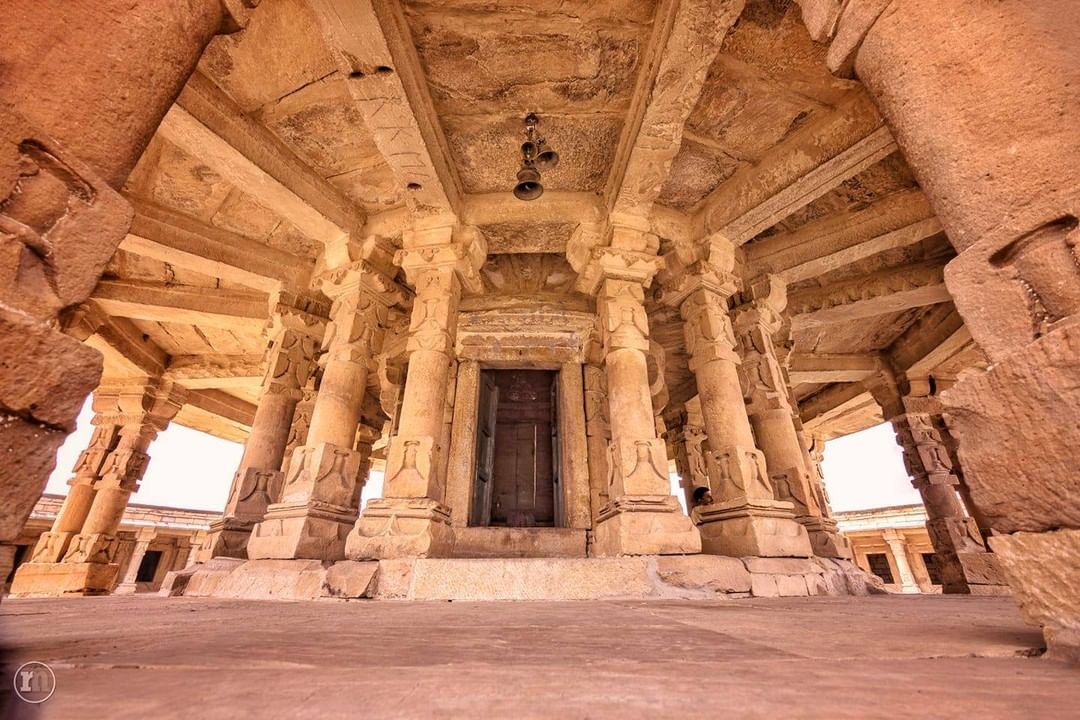 It is one of the few such Yogini temples in the country which is in a good condition. The temple is formed by a circular wall with 64 chambers and an open mandapa in the centre, separated by a courtyard which is circular in shape, where Shiva is deified. The temple has been declared an ancient historical monument by the Archaeological Survey of India.

History:
The Chausath Yogini temple is in Mitaoli village (also spelled Mitawali or Mitavali), near Padaoli in Morena district 40 kilometres (25 mi) from Gwalior. According to an inscription dated to 1323 CE (Vikram Samvat 1383), the temple was built by the Kachchhapaghata king Devapala (r. c. 1055 – 1075).[5] It is said that the temple was the venue of providing education in astrology and mathematics based on the transit of the Sun.