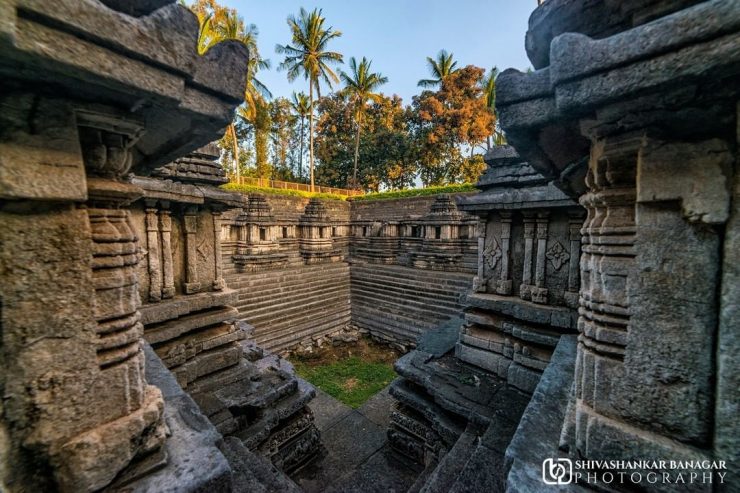 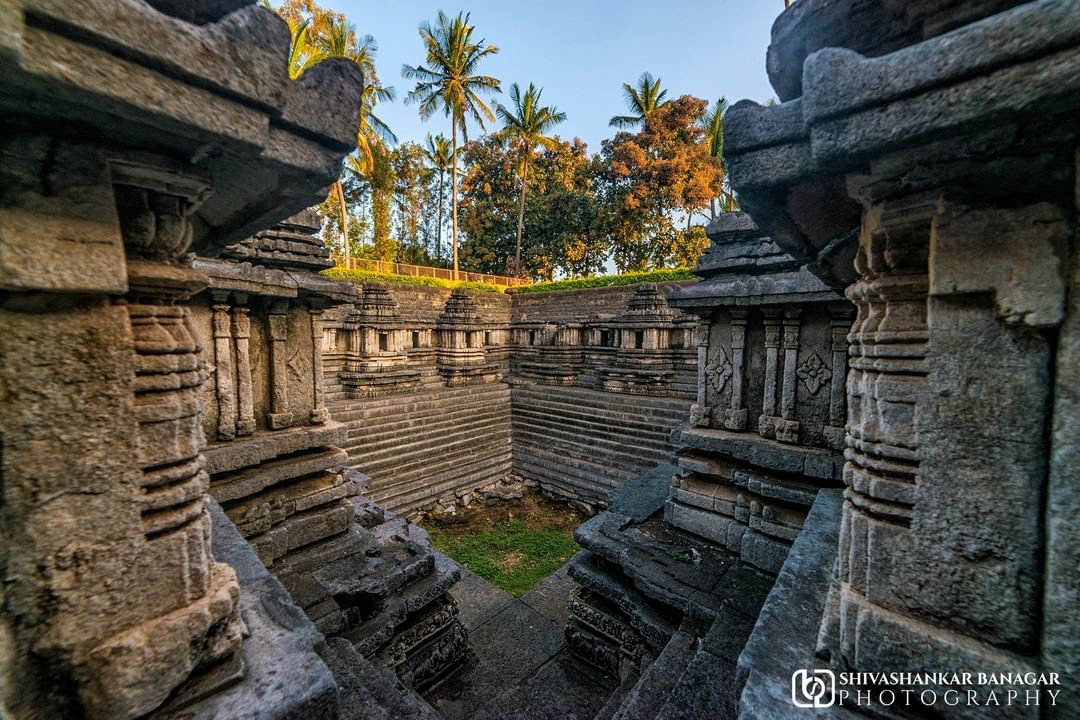 This stunning stepped pool – also known as Hulikere Kalyani in the local Kannada language – is located at Hulikere, a small suburb 3 km from Halebidu.
It was built in approximately 1160 CE, during the reign of Hoysala king Narasimha I. The highly ornate miniature shrines are believed to represent the nine planets and stellar constellations with reference to ancient Vedic Hindu astrology. ???? ???? – Shivashankar Banagar Ji