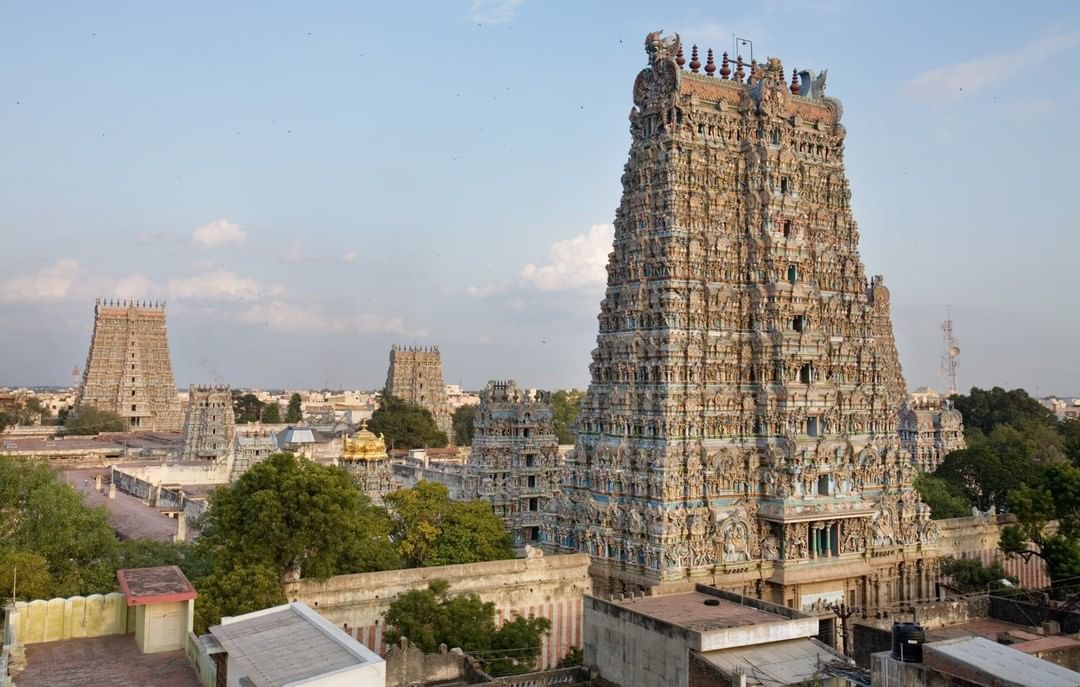 Meenakshi Amman Temple is a historic temple located in the southern bank of river Vaigai in the temple city of Madurai, Tamil Nadu, BHARAT (India) ????
It is dedicated to Maa Parvati who is known as Meenakshi and her consort, Bhagwan Shiv, named here as Sundareswarar. ????

The temple forms the heart and lifeline of the 2500 year old city of Madurai. The complex houses 14 gateway towers called gopurams, ranging from 45-50m in height, the tallest being the southern tower, 51.9 metres (170 ft) high and two golden sculptured vimana, the shrine over sanctum of the main deities