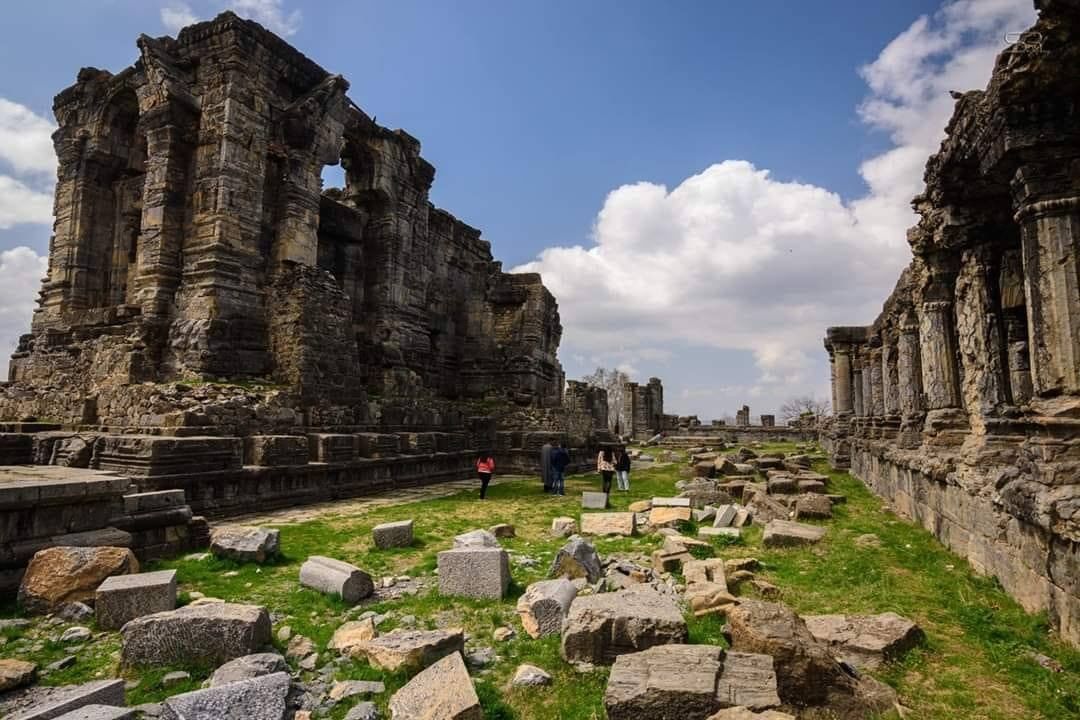 Built in the 8th century, the Martand Sun Temple is a marvellous testament to the architectural achievements of Kashmir’s ancient Karkota Dynasty. It lies 8km from Anantnag in south Kashmir.

According to the Tareekh-e-Hassan (The Oldest History of Kashmir) there was a city named Babul in the Karewas of south Kashmir built by Raja Ranadatiya. In front of his royal palace he built Martandeshwari temple around 370 t0 400 C.E; this temple it is believed was completed by Lalitadatiya Muktapida and was dedicated to Surya Bhagwan. Much of the temple was destroyed by invader Sikandar Butshikan in the early 15th century, and it has stood in ruins ever since.

Sikandar “Butshikan”, who’s title literally means destroyer of idols, is responsible for demolition of hundreds of ancient temples of Kashmir, which held great Hindu symbolism and an excellent architecture. Under him there were huge mass conversions to Islam and Pandits were persecuted. In a way he intended to destroy the great Kashmiri Hindu culture, being a hero in Islam, proudly proclaiming himself “Butshikan”.
And this temple is recorded to have burnt for 6 months by fire set by none other than him. (By Shivam Sanoria)