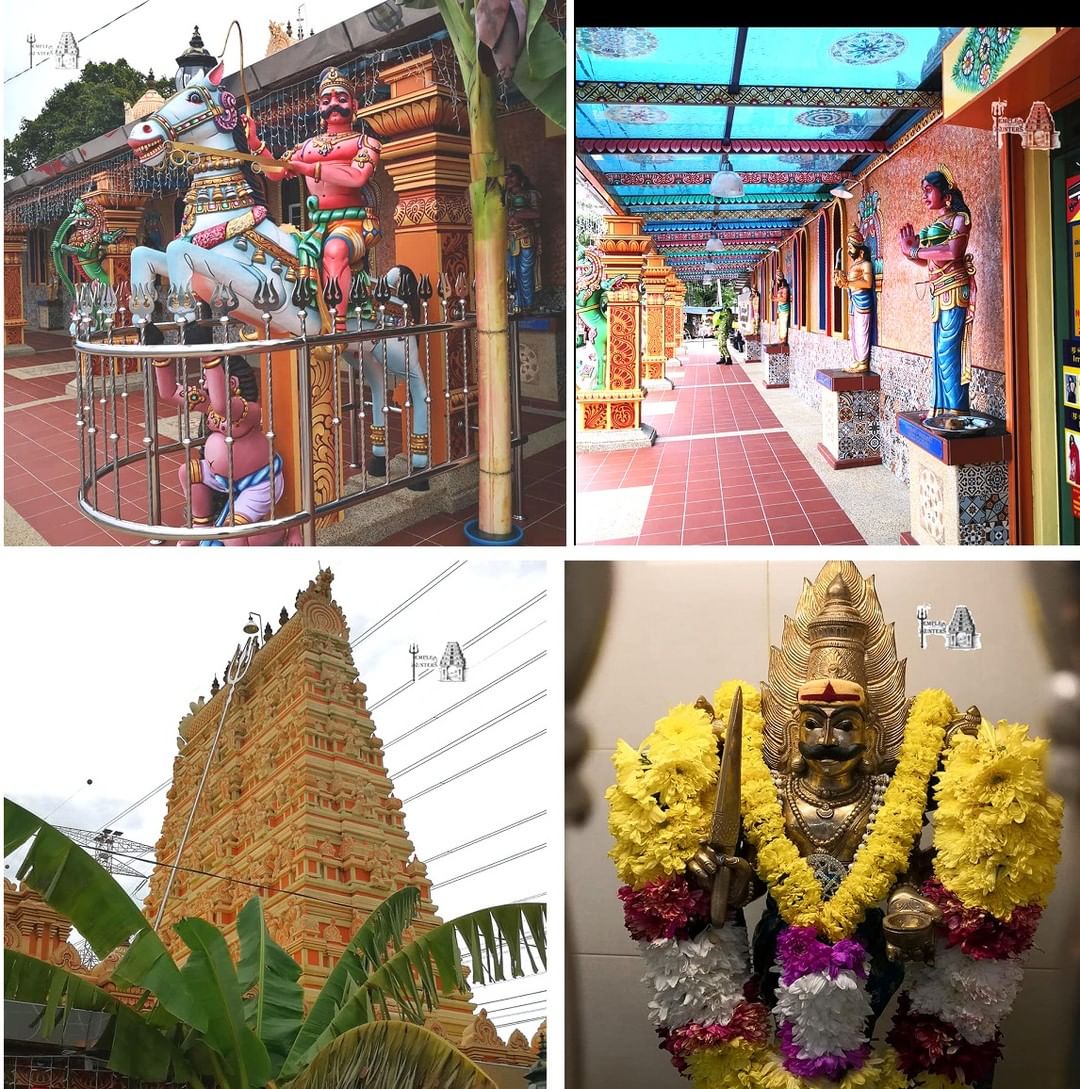 The Sri Muniswarar Temple is situated at Jalan Baru Perai, in the Province Wellesley Province in the state of Penang, Malaysia.
The temple was established in the 1870’s by a group of Indian Immigrants working with the East India Company at that period of time. The temple was known as Sri Muniandy Temple when it was started. Later the name of the temple was changed to Sri Muniswarar Temple. The temple is said to be about 140 years old. At the period of time mentioned above the temple was only a small attap hut, no cement floor and other facilities, such as piped water and electricity. However, due to the divine power of the temple it became famous among the Hindu devotees in Malaysia, Singapore, Indonesia, Thailand, Myanmar, Bangladesh, Cambodia, Japan and India as well as Hindu devotees residing in Australia, Britain, Canada and USA.
The temple is patronized by many nationalities and religions especially the Hindus, Buddhists, Christians, Sikhs and others. Many Chinese devotees too patronize this temple. The deities at the temple are well known for protection, justice, truth and benevolence.