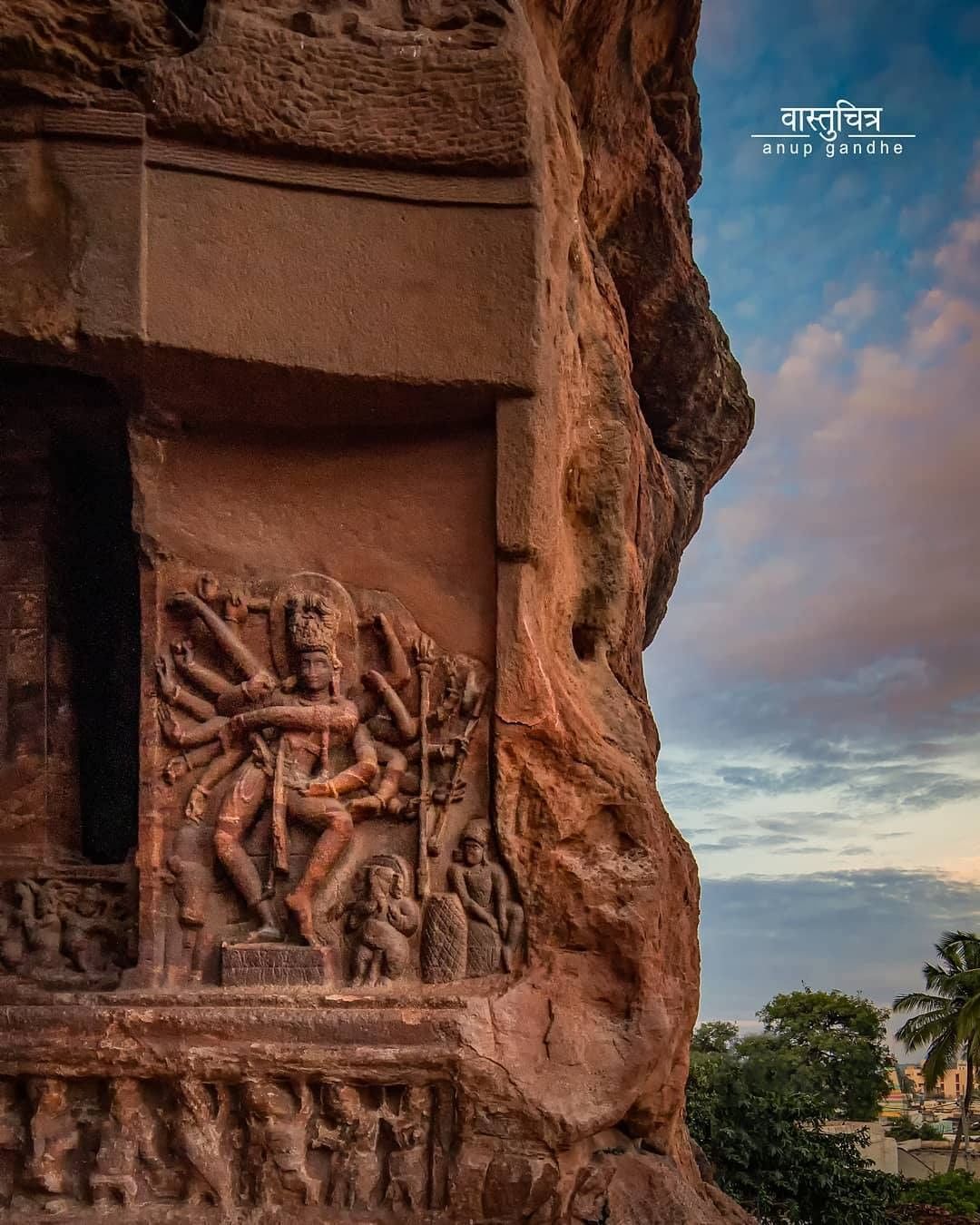 Bhagwan Shiva in this form of nataraja has 18 arms. Some of the arms have weapons while some of the arms depict beautiful dance postures. The weapons include drums, trident, axe, etc. Some arms also have serpents coiled around them. Bhagwan Shiv has his son Sri Ganesh and the bull Nandi Ji by his side. ???? ???? – Vastuchitra – anupgandhe