A Bird’s-Eye View of Venkataramana temple is situated in Gingee Fort, Villupuram… 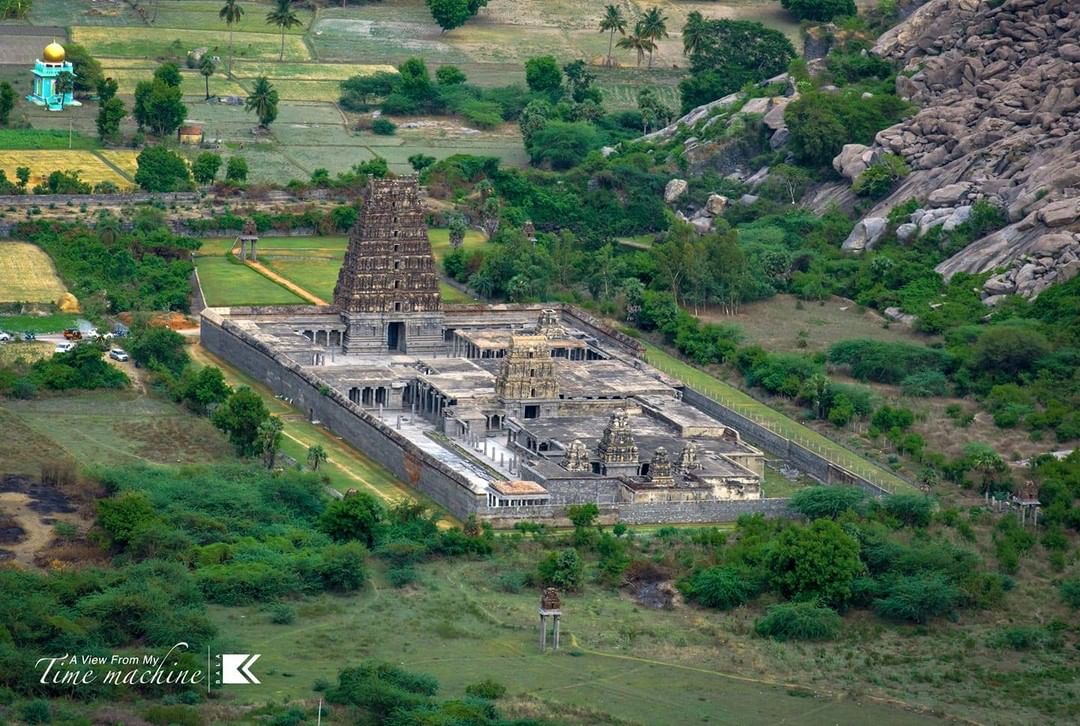 A Bird’s-Eye View of Venkataramana temple is situated in Gingee Fort, Villupuram district in the Indian state of Tamil Nadu, near the “Gateway of Pondicherry” in the South, faces East with high gopura. ????

In this temple there are also deities of Devi, Aandaal and Narasimma. There are two prakarams, Kalyana Mandapa, Urchava Mandapa and Yaga Sala Mandapa with pillars.
They are in ruin condition now and also no pooja is performed at present.

This sprawling temple, with its striking sculptures and carved pillars, narrates the aesthetic skills of the Nayaka dynasty. Built by Muthialu Nayaka (1540 -1550 A. D) this is the largest temple to Gingee during the later Vijayanagar period.

The temple abounds in gopurams, mandapas and sculptured panels depicting gods and goddesses in scenes from the Hindu epics. Many Tamil inscriptions are also found in the walls of the Mandapas. The temple seems to have faced hard times during the French occupation (after 1761 A.D.) From this period the temple experienced forms of decay and old archaeological wealth was plundered by subsequent invaders. ???? – BalaKumar V