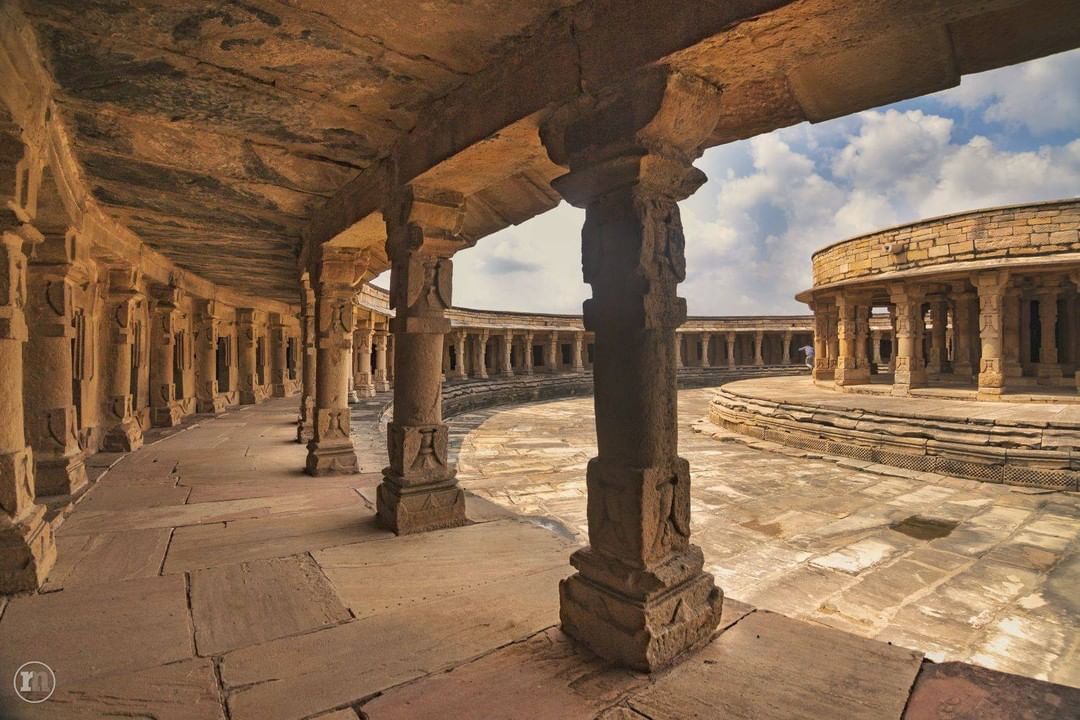 The temple is formed by a circular wall with 64 chambers and an open mandapa in the centre, separated by a courtyard, which is circular in shape, where Lord Shiva is deified

It is believed that the Parliament House, known as Sansad Bhavan, built in Delhi in the 1920s, has been patterned on the lines of this circular-shaped Chausath Yogini Temple ???? – Ramesh Muthaiyan Ji