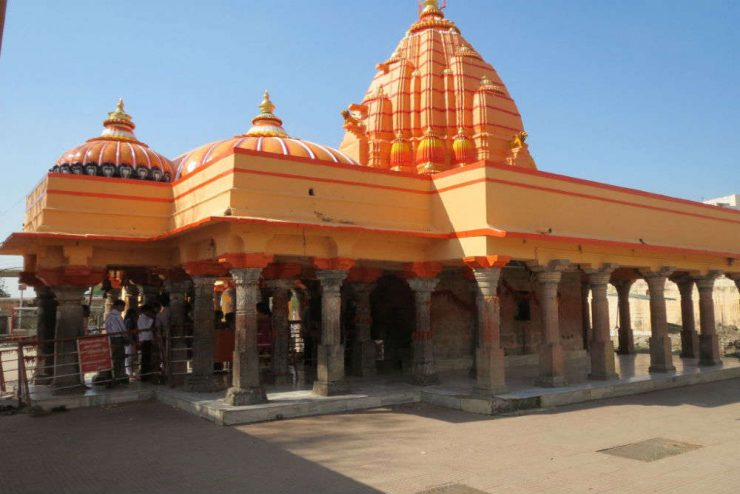 Chintaman Ganesh is an ancient holy and is the biggest temple and of Lord Ganesha in Ujjain. It means relieving tensions. As it is the temple of Ganesha, people take the blessings of Ganesh for starting every new venture. This temple is built across the Kshipra river on the Fatehabad railway line.

This Ganesha stone temple is located in the middle of the market and dates back to the 11th and 12th centuries when the Paramaras ruled over Malwa. The finely-carved stone pillars in the assembly hall and the white shrine define the age-old sanctity of the temple.

The temple is dedicated to Lord Ganesha, who is regarded as the Lord of beginnings as per the Hindu beliefs. In the traditional times, the Lord is known as Chintaharan which literally means remover of all worries and tensions. The temple is thronged by crowds of people that come to do away with all their worries at the shrine of the Lord. The term Chintamani is another name used for Lord Vishnu, who is considered as the preserver of the Universe as per Hindu Mythology.

The Ganesha idol enshrined in this temple is supposed to be swayamabhu (born of itself).

Also called Vighneshwara, the moderator of grief, Ganesha is always the first to be worshipped in the Hindu pantheon, lest he decides to sow obstacles in the devotees’ path. His consorts, Ridhhi and Siddhi, flank Chintaman, the assuager of all worries. Locally, Ganesha is also referred to as Chintaman.