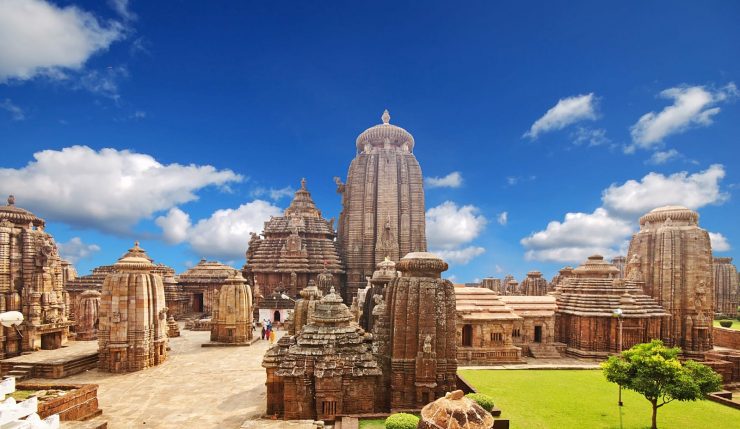 Contents hide
1 About Lingaraja Temple
2 History:
3 Key Shrines at the temple:
3.1 Architecture:
4 Best time to visit the temple:
5 How to Reach:
6 Temple Timings:
7 Share this:
8 Like this:
9 Related

All over in Bhubaneshwara, Lingaraj temple is considered to be the most ancient and the largest of all the temples. The followers of the Hindu religion have great regard for this temple and are revered by the Hindu group of people with utmost faith. The temple has been named so, as to denote the king of the Lingam which is in the phallic form of Shiva. It’s known that when the King of Jaipur in 11th century shifted his capital to the Bubaneshwar city, he embarked on the journey of constructing the Lingaraj temple.

Though, it is believed that some parts of the temple was built originally in the 6th century but was renovated and was build in a fully fledged way only in the 11th century. There is also a mention of this temple in the Brahma Purana which is a revered scripture of the Hindu religion. It’s said that while the construction of the temples was on the verge of completion, the jagannath cult started taking its shape and this fact has been testified by the evidence that Lord Shiva and Lord Vishnu are revered here at this temple.

The temple is a one among the oldest structures of India and is believed to be a structure which is around 1000 years old. There is a mythological story associated with the temple which tells us that once Lord Shiva explained to his beloved Parvathi, why he favours the city of Bhubaneshwara more than Banaras. Upon hearing the story, Parvathi embarked on the journey to find out a testimony to the fact. So, she took the form of normal female cattle and went out exploring the city. While she was on her journey, two demons came into her way who wanted to marry her. Even after her continuous refusal, they kept on following her and so in order to keep herself safe, she vanished them and set herself free. After the incidence, Lord Shiva created the Bindu Sara Lake in order to bring in eternity to the space.

Key Shrines at the temple:

The main temple has been divided into four distinct parts which are Yajna Shala, Natya Shala, Garbh Griha and Bhoga Mandap.

Here the Garbh Griha, the Lingam has been believed to have originated on its own and so is called as Swayambhu and people, therefore worship it both as Lord Vishnu and Lord Shiva. While entering the temple, a trident can be seen, which consists of a statue of Lord Shiva and two statues of Lord Vishnu on both the sides of the entrance gate. The temple is the witness to the concord of two sects and so is revered as Hari-Hara which has a hidden meaning. Hari is for Lord Vishnu and Hara is for Lord Shiva, which combine together to become Hari-Hara. The Lingam here is believed top have been built of granite and is worshipped everyday with milk, water and bhanga. The Nata temple here has some evidences of the Devadas tradition and also here the Parsva devata which include, the statues of Lord kartikay, Lord Ganesha and Goddess Parvati are placed in different direction. All the statues have been aesthetically decorated with beautiful draperies and ornaments. The temple depicts the rich culture of India, where a large number of devotees from different parts of the world come to take the get the whiff of the spiritual ecstasy of the temple.

There’s a whiff of the Kalinga style in the structural build of the temple! The temple’s structure is made up of the stone of the darkest shade. The temple is built in vast area in Bhubaneshawara and the height of the temple is around 55meteres. Inside the temple premises are a large number of small shrines dedicated to worshipping several Gods and Goddesses. Beautiful scriptures have been carved onto the walls of the temple and all the shrines over there in the temple are safely built. You can enter into the temple through the lion gate where lions on both the sides of the gate and the lions crushing an elephant have been showcased at the lion entrance. Because of an optical influence the temple looks much larger than what it actually is.

Best time to visit the temple:

Visiting the temple between January and March is worth it, which will help you witness the divinity of the Shivaratri celebration at the temple.

Planning a visit to the temple will require making an stopover at the city of Bhubaneshwara which is one of the most sought after tourist attractions of the of the country both for a terrific holiday and for having a holy trip to the state. The Lingaraj temple can be reached by all three routes including rail, road and air.

By Air: In the centre of the city is located the Biju Patnaik airport and it specifically operates in the domestic airlines. In addition to that there are a number of flights that move back and forth from the major cities of the country to Bubaneshawara.

By Road: There a plenty of buses both public and private are available in the city which run on the highways.

By Train: The headquarters of the East coast of the railway division is located in Bhubaneswara and so the city is obviously well connected to other railways stations. Besides that there are also a number of passenger trains running in the city.

Open throughout the week: 5 AM to 9 PM