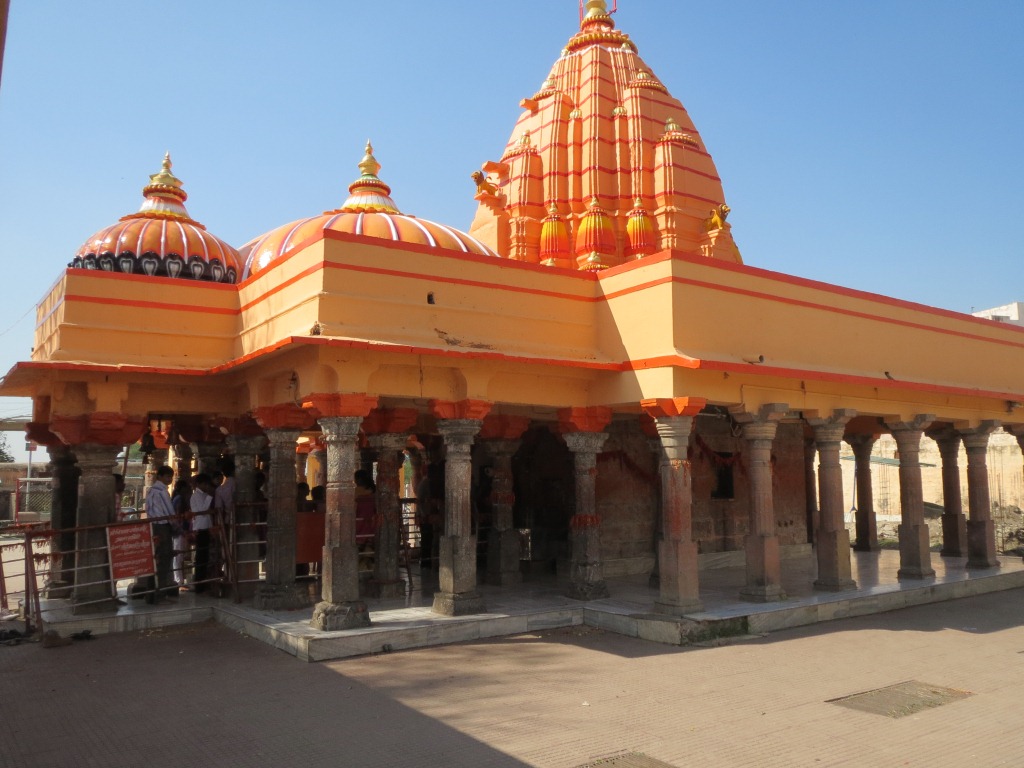 The temple is covered from all sides by four minaretsand gives feeling of a mosque if seen from a distance. This was done to prevent attacks on the temple during Mughal periods. The temple has 50 feet tall wall around it.There is a Nandi (Shiva’s bull mount) sitting in front of this temple entrance, which is unique, as Nandi is normally in front of only Shiva temples. However, the story says that this statue was being carried to some Shivamandir during which the vehicle carrying it broke down and the Nandi statue could not be removed from its current place.

The murti of Lord Ganesha, riding a peacock, in the form of Mayureshwara is believed to have slain the demon Sindhu at this spot. The idol, with its trunk turned to the left, has a cobra (Nagaraja) poised over it protecting it. This form of Ganesha also has two other murtis of Siddhi (Capability) and Riddhi (Intelligence).However, this is not the original murti -which is said to have been consecrated twice by Brahma, once before and once after being destroyed by the asura Sindhurasur. The original murti, smaller in size and made of atoms of sand, iron, and diamonds, was supposedly enclosed in a copper sheet by the Pandavas and placed behind the one that is currently worshiped.

The temple is situated at a distance of 55 km from Pune, next to the river Karha in the village of Moregaon. The village derives its name from the Marathi name of the bird Peacock – there used to be a lot of peacocks in this village in the ancient time.