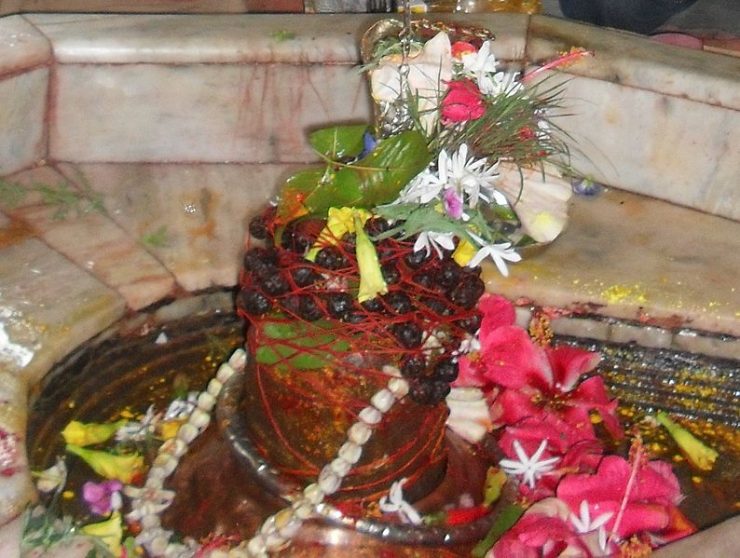 The Pataleshwar Mandir is a Hindu Temple in the city of Hajipur, Bihar, India. Dedicated to Lord Shiva, it is located at Jadhua Road, Hajipur. As per local folklore, it is said to have been in existence since ancient period and Lord Shiva is believed to be in the form of Lingam here. Apart from anthropomorphic images of Shiva, the worship of Shiva in the form of a lingam, or linga, is also important. The worship of the Shiva-Linga originated from the famous hymn in the Atharva-Veda Samhita sung in praise of the Yupa-Stambha, the sacrificial post. The lingam is a representation of the Hindu deity Shiva used for worship in temples.

The Pataleshwar Temple has an interesting origin — King Siddharaj Solanki of the Solanki era was born at this site. In celebration, Maharani Minaldevi ordered that a well should be dug at the spot for thirsty travelers. While digging the well, a Shiva Linga was unearthed, and therefore, the Pataleshwar temple was later built in the shape of a well.

It was aptly christened Patal-eshwar, which means ‘Lord under the ground’; The actual temple built in the 8th century AD lies 40 feet below the ground, while the new structure on top has only been recently added. On many original stones used to build the temple, inscriptions showing different symbols of snakes (who adorn Lord Shiva’s neck) are found.

The presiding deity of the temple is ‘Lord Shiva’. Shivratri is celebrated with full zeal and enthusiasm. It is a Hindu festival celebrated every year in reverence of Lord Shiva. It is also known as padmarajarathri. Shivaratri literally means the great night of Shiva or the night of Shiva. It is celebrated every year on the 13th night/14th day of the Maagha or Phalguna month of the Hindu calendar. Since many different calendars are followed by various ethnolinguistic groups of India, the month and the Tithi name are not uniform all over India. Celebrated in the dark fortnight or Krishna Paksha(waning moon) of the month of Maagha according to the Shalivahana or Gujarati Vikrama or Phalguna according to the Vikrama era.

By Road: It is a renowned temple, and the routes to the temple are very simple. From the railway station itself, cabs and autos can take tourists directly to the temple.

By Rail: The nearest railhead is the Danapur Junction at a distance of 27 km from the temple.

By Air: The nearest airport is the Jay Prakash Narayan International Airport at a distance of 26 km from the temple.