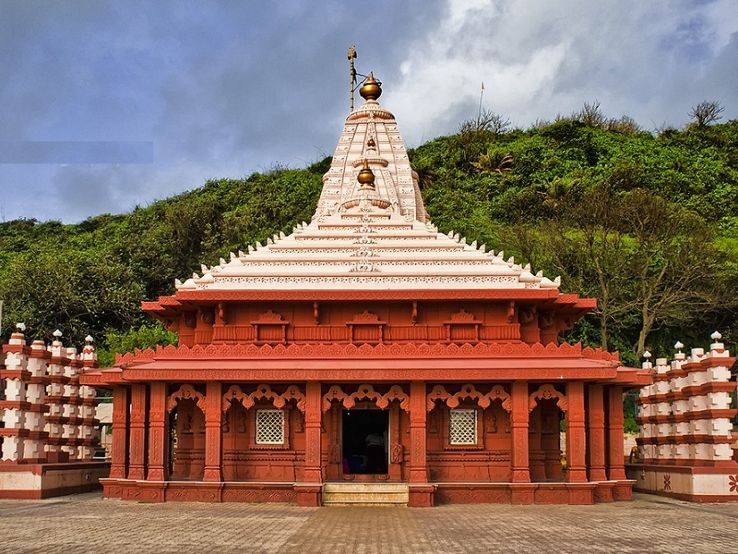 Ganpatipule is a small town located in the Ratnagiri district on the Konkan coast of Maharashtra,  in the sub-continent of India. The town of Chiplun is located to its north. According to local folklore, the Hindu god Ganapati, taking umbrage at a remark made by a native lady, moved to Pulé (a few km before the town) from his original abode of Gulé. Thus the region was named Ganpati-pulé.

The 400-year-old Ganpati idol at Ganpatipule is said to have sprung up from the soil. This deity faces the west, so as to guard the western gates, unlike deities in other Indian temples who face the east. The temple is at the base of a hill, and pilgrims walk around (pradakshina) the hill as a mark of respect. Ganapatipule is approximately 375 km. south of Mumbai, along the Konkan Coast. It is a very small town with about 100 houses, and has one of the most spectacular beaches along the Konkan Coast – an idyllic getaway that attracts peace-seekers, beach lovers, and pilgrims alike. The temple of Swayambhu (self-originated) Ganesh is much frequented by thousands every year.

The God is considered to be the Paschim Dwarpalak (Western Sentinel God of India). and those who visit Ganapatipule make it a point to pay their respects to this deity. In addition to its clean beach and clear waters, Ganapatipule is rich in flora, including mangroves and coconut palms. Marathi is the most widely spoken language. Hindi and English are understood and spoken by many. There are Marathi medium schools run by Ganpatiphule Grampanchayat / Ratnagiri. The nearest college is at Malgund. There are many villages in Ganapatipule which are full of greenery. The main occupation of the villagers is agriculture. Rice and coconut are the most common crops in this area. Many festivals are celebrated along the Konkan Coast. Among the most significant are Gauri Ganpati and Magh Chaturthi (the fourth day of the lunar month of Magh).